May 27th, Saturday - had my last paper on the very last day :( the stupid part is

3 days ago, i had control theory in LR4 which is in FOE

today i went to FOE and the LR1 mentioned in the exam slip, doesnt exist! but instead its in FCM, sh exam unit!

first, we passed the dengkil exit
then, sk exit

oh we going to puchong for lunch :D

some outskirt somewhere in middle of nowhere, so whos idea issit to follow them for lunch

after that we went to Wong Soon Kee, SJ for lunch... yummy colonel :D since we have to wait for Vanila before we go for KLIM,

we went to Asia Cafe to pool for 3 phucking hours!!!

as usual, Peh or so-called 'klang-driver-wannabe' took some smart turn and left us, so we had to follow Puss's car

after a few rounds in KL,

Puss missed the turn AGAIN!!! but 'unfortunately' this time he didnt bring us to lorong haji taib

does this place look familiar?

lost our way back in 446 Happy Birthday Turtle - Part 1

looks like we got lost at the same place again!!!

KLIM is kawwwwww BIG, walk til leg can patah... the hall is HOT, full of HOT chix, cars areeeeee... the last priority :P

so did i took any pic?

yes of coz but only ONE

after KLIM, we went to Waterlily Cafe, Puchong to eat with Rocklee and cerita-cerita the fun we had in KLIM WITHOUT HIM!!! after the wonderful dinner and so much fun watching Peh burnt his own glass of drink, we headed back to the 'intelligent' city to dota :P 0 kills 3 times in a row with the nickname sangkancil, really toh sui :((

May 28th, Sunday - woke up in the afternoon and went to my beloved Hassan Ass for lunch for the last time :( tried their bryani kambing for the first time, too little meat for a 8.50RM :( i prefer the 8RM bryani ayam, cant wait to go back for another bite of it :P

after lunch, which i suppose to pack and get to aunt's place which i ended up dota with Void and almost late for going to aunt's place :P after packed, i brought down 2 bags and a basket at a time, fully loaded and as i walk pass A3... i met my classmate which i dont know wtf is he, he was with his gf walking to A1 i guess. so i moved to the side to let him pass first, manatau that ccb wanted to walk my path, in the end his gf pulled him to her side to let me pass, sh ccb. dont worry my fellow friends, i will point out this sh ccb in class next tri, he wont be forgiven :D

aunt's house is boring, so i ended up dota in aunt's place also :))

May, 29th, Monday - went to 1U with Rocklee, Vanila, Peh, Buaya and Puss, as for those who didnt had fun with us, please blame Rocklee, he is the organizer :P first we went to the arcade waste $$$ while waiting for my fellow housemate, Puss.

what Rocklee say bout us in his blog
Rocklee: "as my previous encounter wif the SCREWZ-MATEs,
their accuracy of time is very very zzzzz~" 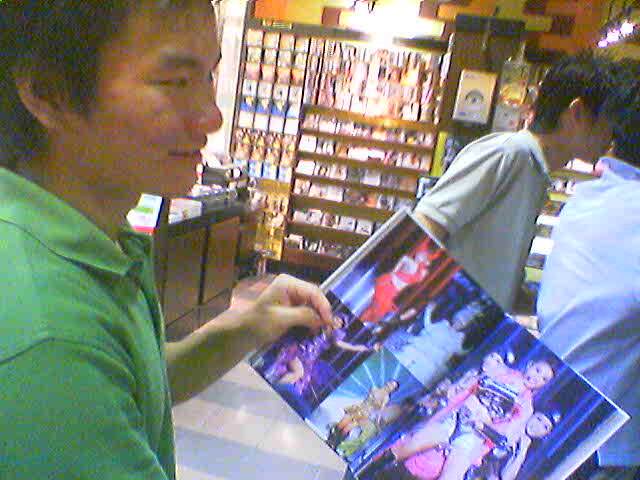 then we went to

the rendang chicken nasi lemak, 16RM plus coffee + bun which surely beat the one in Gasoline

after the wonderful meal, we headed to the cinema, first we went to 'unload' our tank and get our hands clean after 'unloading' 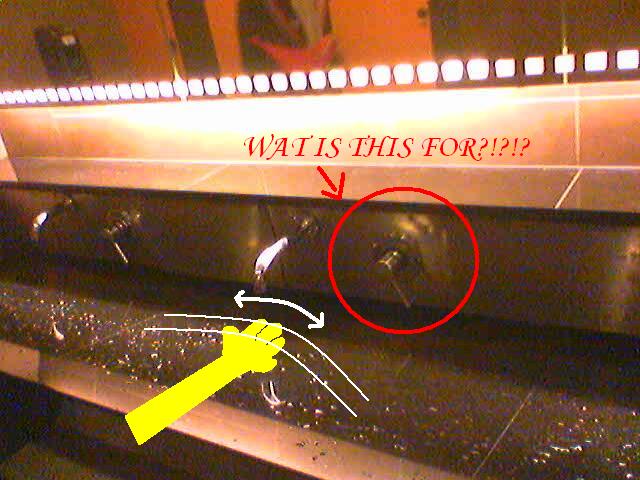 common sense since these days some taps come with sensors 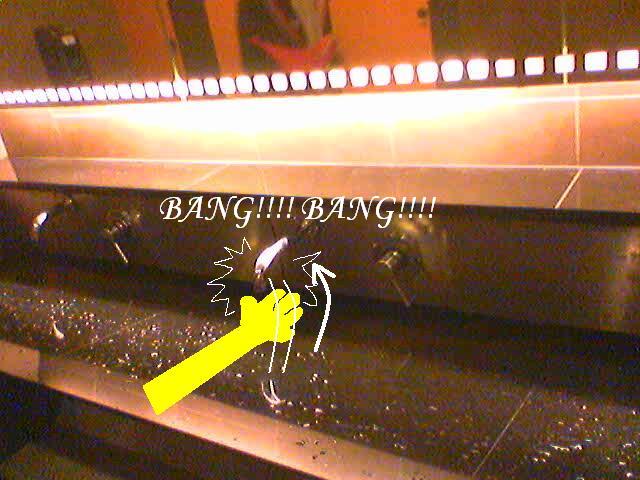 hit the head of the tap expecting water to drop out... swt

not so smart afterall :P

we went to watch Over The Hedge, very very nice, definitely beat The Wild which 'someone' said very nice :P after the meal, those mommy boys went home to eat with their family and i had to eat alone :( but luckily Quiksilver and Roxy are free, then buat tiang lampu for one dinner loh better than eating alone :P

went back to aunt's place again, guess what i do...


post include images and contents from other site owners and may be protected by copyrights, trademarks or other proprietary rights and laws.

read the original lame version of juz another day, hangout wif screwz at 1u.. by Rocklee :P

ohya forget to tell u something, please resize ur pics when u upload them :P
by TS Choo